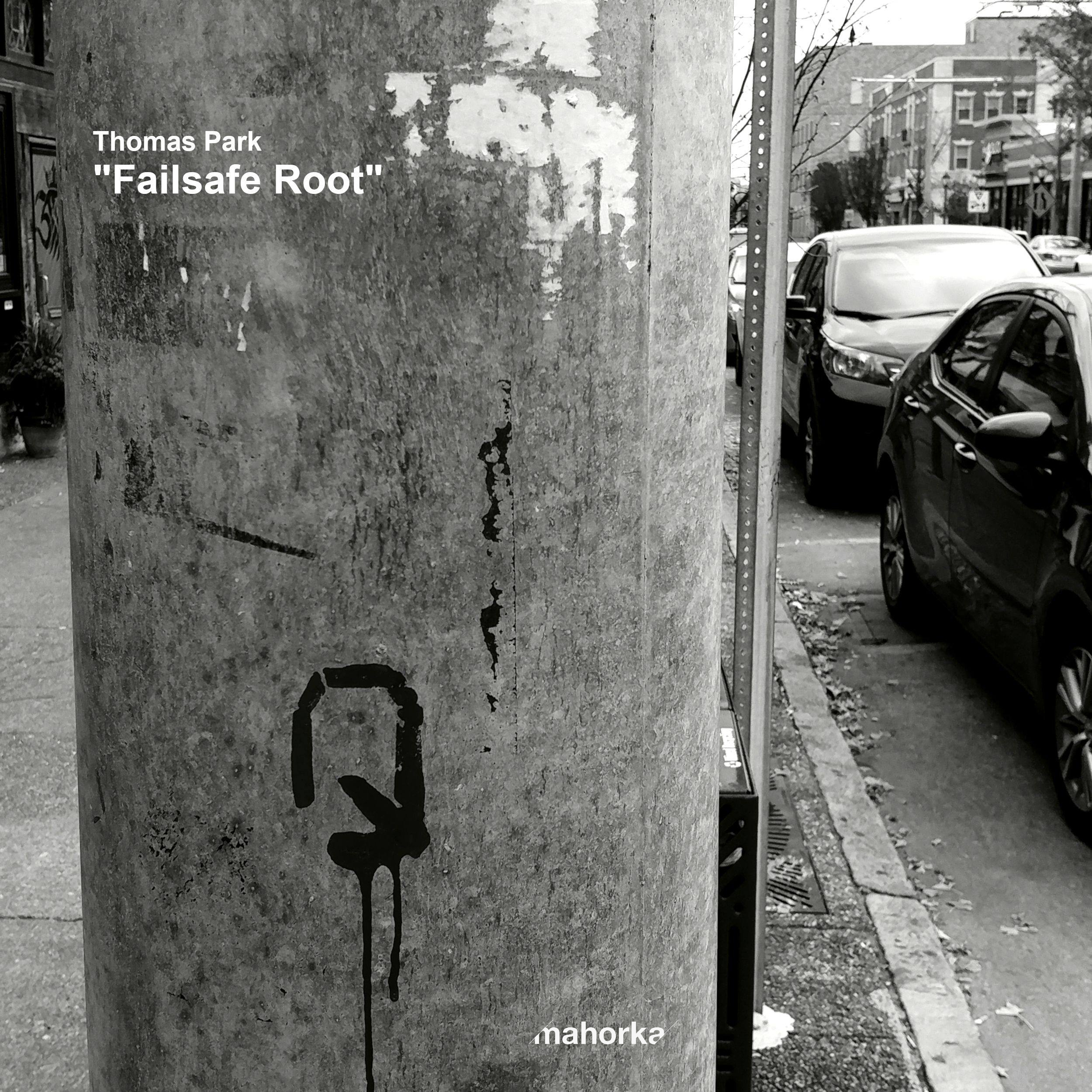 "Having retired as the drone act Mystified, Thomas Park became interested in working on some ideas for live performance.

A friend, Jack Hertz, shared a simple piece of html code that would allow a user to mix various sounds together using embedded media players. Thomas worked with the code, developing different versions. Some had video loops, some had more loops or fewer. He also worked on selecting which loops to contain in these mixing consoles, paying attention to how they interacted.

The first piece in “Failsafe Root”, “The Deeper Root”, is comprised of percussion loops, which Thomas had originally purchased, and then proceeded to slice into short pieces. These pieces were then given a second iteration using Granulab. The concept was that, by cutting up and reforming beats, it was possible to create new and exciting beat patterns. Adding to this energy is a process of combining them in real time.

The second piece, “Failsafe”, is itself a series of loops. In one instance, it exists only as a mixing console. Because the sounds in this console have been carefully selected, and set up to loop in irregular ways, the piece constructs itself. The version of “Failsafe” included in this album was created by allowing the original mixing console to play, with all 8 tracks, for a number of minutes. The result was recorded and mastered.

The video for “The Deeper Root” began as a piece of original Python code. The code allowed Thomas to search for long lists of material from The Internet Archive, each sharing certain keywords. In this case, Thomas searched for “trash” and “dump”-- and selected a set of videos
from the resulting list. These were combined in a video editor, and set to music.

Generally, Thomas is pursuing more varieties of live performance, and trying to find means of composition that are useful in closer-to-real-time situations.

Thomas thanks Ivo Petrov for allowing him to appear on his fine netlabel."